The 1.2 hectare site in Rhodaus Town, Canterbury, comprised a former car dealership with showroom and workshops and a decommissioned Total petrol filling station (PFS). The site was known to have supported various garages, alongside a previous PFS, since the 1960s. It was to be redeveloped for high rise student accommodation and required remediation works to deal with legacy contamination that might impact human health and groundwater. Groundwater, primarily beneath the central north of the site and along the northern site boundary, was considered to be contaminated by petroleum hydrocarbons with free product located in some boreholes on site. Although the deeper chalk aquifer was protected by clay, the contamination hotspots, remaining garage underground tanks and pipework, free product form historic spills were considered an on-going potential source and risk to groundwater. As with many areas in and around Canterbury, the site is of archaeological interest and Cognition was asked to provide support for the site wide archaeological survey.

Cognition was contracted by Cardy Construction to carry out the remediation works for the site. The main elements were as follows:

The tanks and underground pipelines were removed. Localised NAPL was removed using conventional pump-and-treat and residual dissolved phase hydrocarbons successfully treated using oxidising chemical injected via boreholes. The contaminated soil excavation from beneath the tanks was bioremediated and re-used onsite. Backfilled soil was stabilised to form piling mats for the new development. The archaeological survey revealed numerous roman graves but despite the extensive excavation and investigation, Cognition was able to manage the work to minimise programme delays and disruption to the satisfaction of all parties. The site is in the process of being redeveloped for student accommodation. 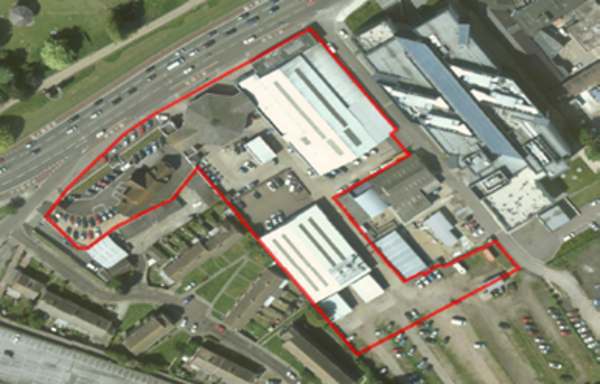 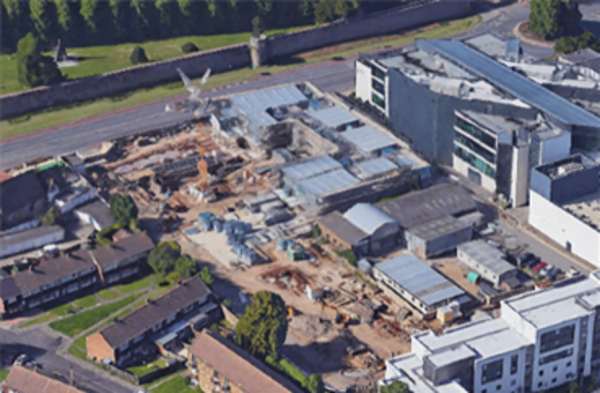 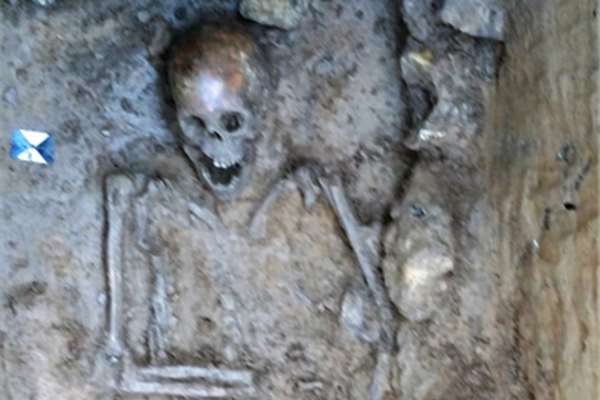 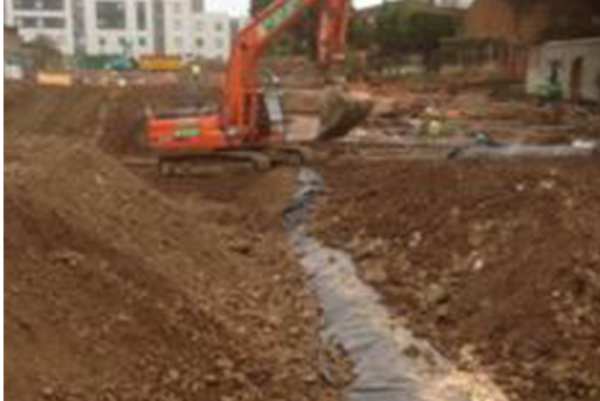 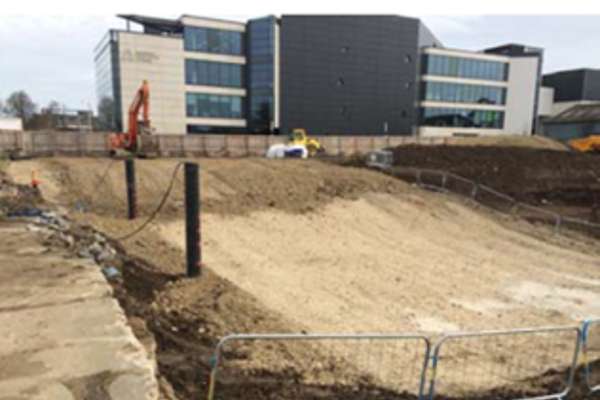