Cognition are appointed to remove asbestos and carry out stabilisation within the grounds of Latchmere House, a property with an interesting and secretive history.

Cognition was contracted by Berkeley Homes to carry out land remediation works as the Latchmere House site in preparation for its residential redevelopment.  Following the demolition of many of the buildings and removal of the large (approximately 1 hectare) reinforced floor slab, Cognition carried out removal of contamination hots spots, including pockets of asbestos buried in the grounds of the site. Cognition also designed and carried out ground stabilisation to prepare the ground for the construction of new roads and hardstanding. This left the rest of the site clean and prepared for the groundworkers to begin the construction of the housing complex.

For those interested in a bit of history, Latchmere House has a secretive and chequered past. Spanning the boundary between the boroughs of Richmond-upon-Thames and Kingston-upon-Thames, the Victorian manor house - then codenamed "Camp 020" - was used during World War II as a detention and interrogation centre for captured enemy agents. Rumours abound of alleged torture being carried out in the many rooms within the main building and the dark and dank cellars which were specially adapted for the 'questioning' of the prisoners. In 1948 the site was converted into a prison, and remained so until its closure and the eventual purchase of the land by Berkeley Homes in 2013. As it is now a listed building, Latchmere House itself will remain standing, and its rich and mysterious history will continue. 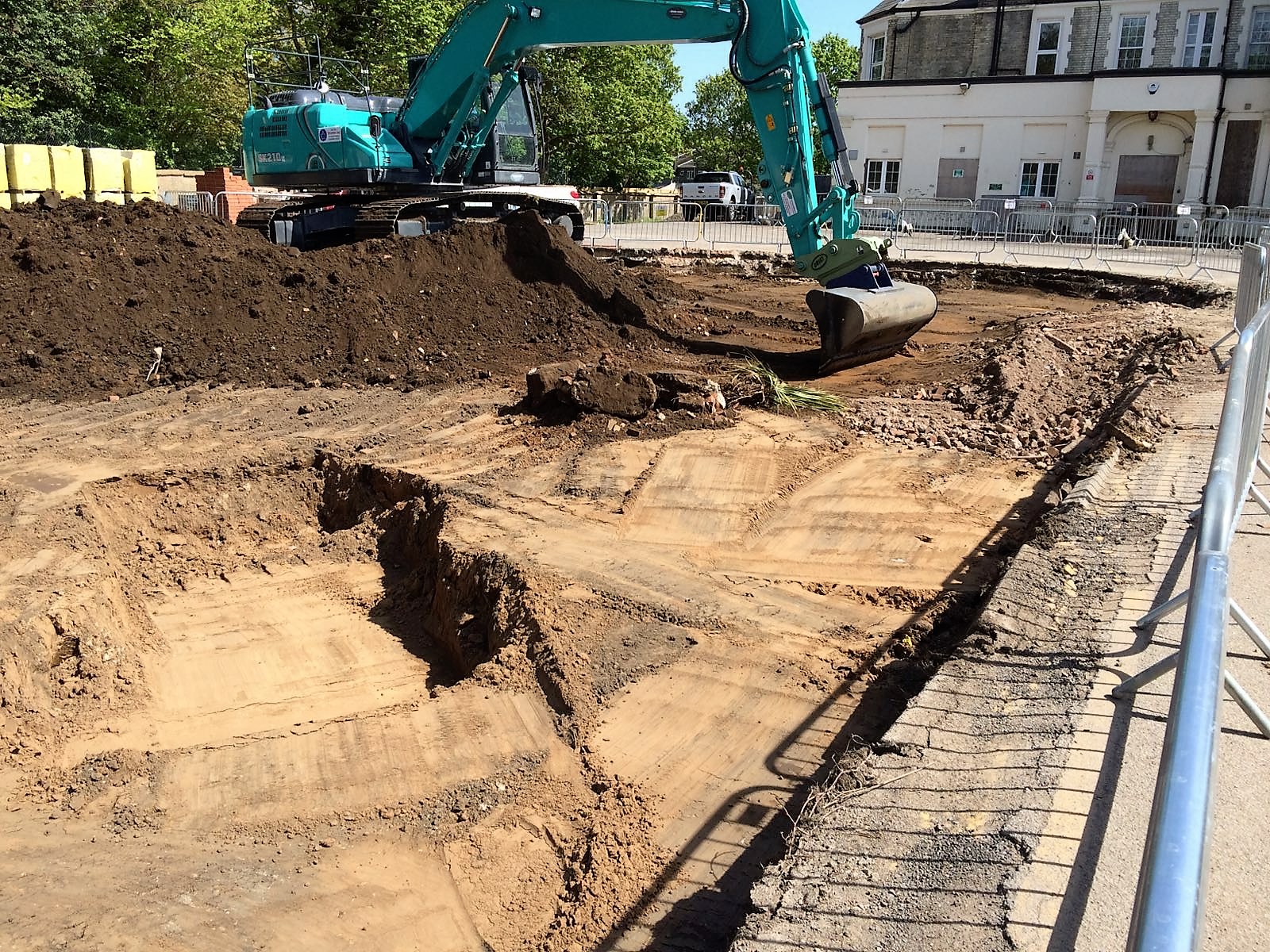