Hackney - asbestos and oil remediation in a sensitive residential area

Cognition was contracted by Higgins Construction PLC to carry out remediation works at London Lane, Hackney. The site, which was originally occupied by a number of buildings including a warehouse, garage and Victorian terraced houses, was left contaminated with oil and pockets of asbestos tiles. Due to the close proximity to neighbouring residential properties, Cognition deployed a perimeter dust and odour control system and carried out intensive air monitoring throughout the work period to demonstrate there was no release of atmospheric contaminants above an agreed threhold.

Cognition initially removed underground oil storage tanks and surrounding hydrocarbon contaminated soil, which was treated on site prior to disposal. Groundwater was treated using a portable water treatment plant followed by injection of oxidising chemicals.  Soil containing broken asbestos tiles was screened, hand-picked and tested to demonstrate that all asbestos had been removed and no longer presented a human health risk. 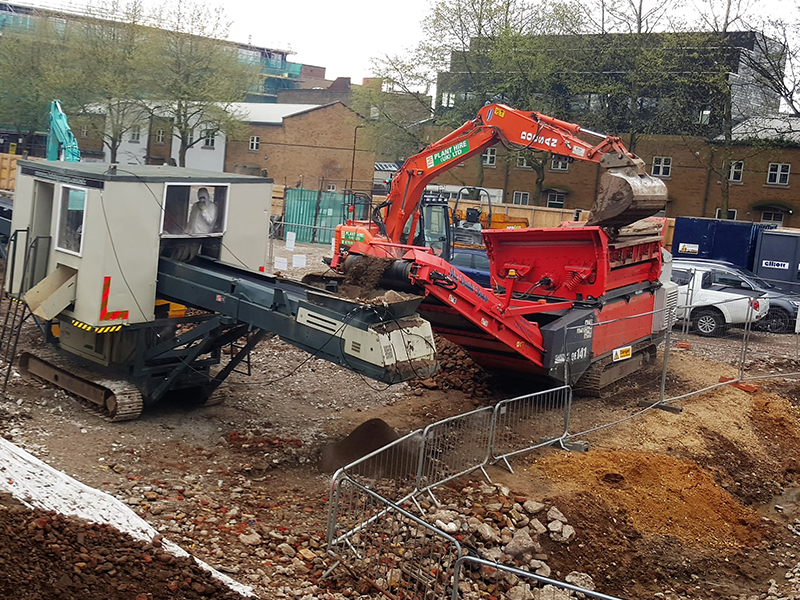