Fairbridge Developments has appointed Cognition to carry out the demolition of a former sewage works in Burgess Hill, West Sussex. Permission has been obtained to build up to 325 new homes on the site, which will form part of the “Northern Arc”, a Local Authority backed scheme designed to facilitate the building of 3,000 to 4,000 new homes and associated amenities and infrastructure in Burgess Hill.

The site was formerly a sewage treatment works, with a section of landfill in the northern half of the site. Cognition will carry out the demolition of infrastructure and breakout of underground structures. Parts of the site appear to have elevated levels TPH, PAH and heavy metals, which is most likely associated with the landfill.

The site, which is divided into 3 sections and bisected by Fairbridge Way also contains a traveller’s camp and an area that is still used by the local water board which has necessitated Cognition adopting a carefully planned approach to the works.

Prior to the main works commencing, Cognition will carry out the removal of small trees, bushes and other vegetation across the site. The demolition of the on site buildings and infrastructure will then begin, with all known concrete slabs also removed. All demolition materials and rubble will be screened, segregated and stockpiled accordingly and disposed of if necessary under full duty of care.

Once the demolition works have been completed, Cognition will employ a discovery strategy to identify and delineate contamination within the made ground. Once the holding tanks have been fully excavated inspections of all the stripped formations as well as any areas where hardstanding has been removed will be undertaken. Cognition will inform the client as and when any contamination is identified. 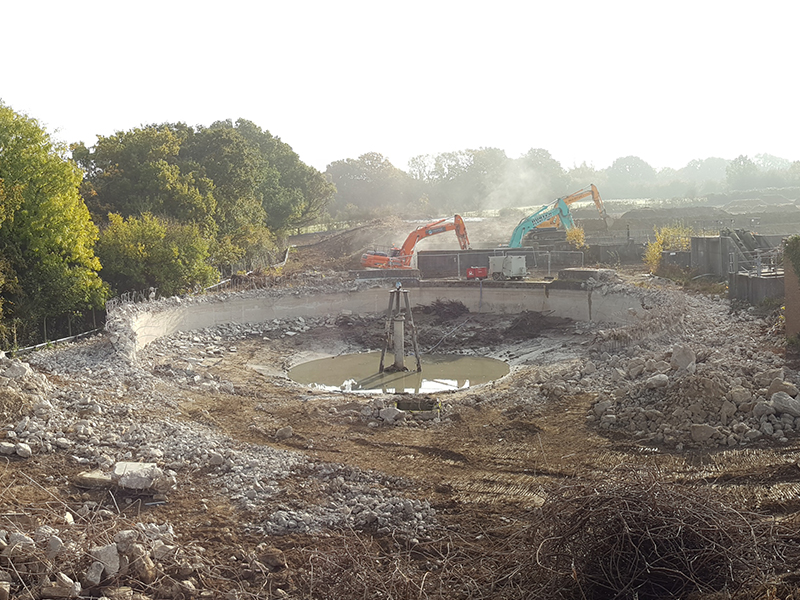 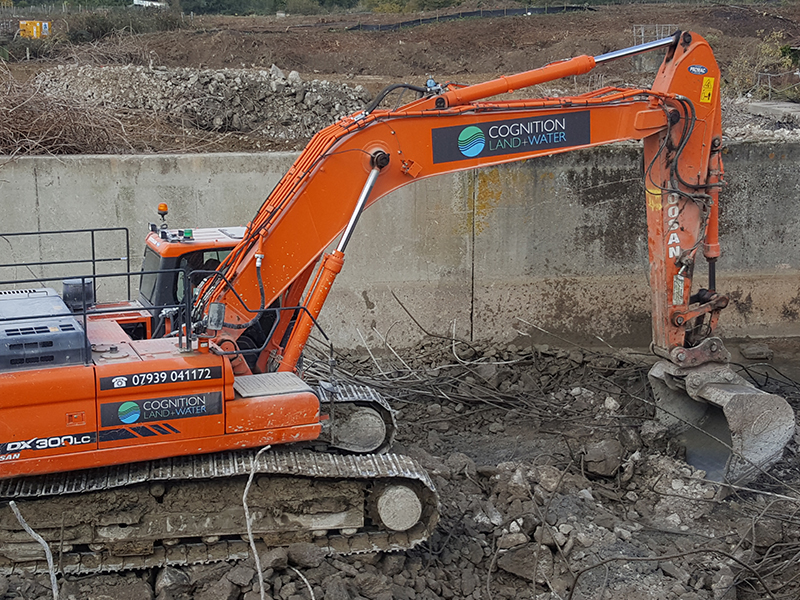 Panoramic of the site