Cognition was contracted by Berkeley Homes to carry out remediation and earthworks at an 18 hectare site in Hawkenbury, Kent

Cognition was contracted by Berkeley Homes to carry out remediation and earthworks at an 18 hectare site in Hawkenbury to the south east of Tunbridge Wells. Cognition carried out cut and fill earthworks in accordance with the client’s design for the new development. A former clay pit and brickworks, covering approximately 5 hectares of the site, was landfilled between the 1930s and 1960s and was having an adverse environmental impact on the water quality of the streams to below the site. Cognition carried out processing and treatment of the landfill material to remove and dispose of contamination hotspots and waste items. Treatment included mechanical segregation, bioremediation, encapsulation and groundwater treatment.  A 300m clay barrier wall was also installed to the south of the landfill to capture and treat groundwater leaving the site funnelled through two permeable reactive gates inserted within the wall. The gates are filled with granular activated carbon which adsorbs hydrocarbons present in the groundwater as it flows through the gates. Cognition also carried out dynamic compaction of the site and stabilisation of soil material beneath roads to provide a geotechnically suitable base for construction. Piling mats were also cement stabilised delivering significant savings to the client both in terms of disposal of material as well as import of crushed concrete used in conventional pile mats. 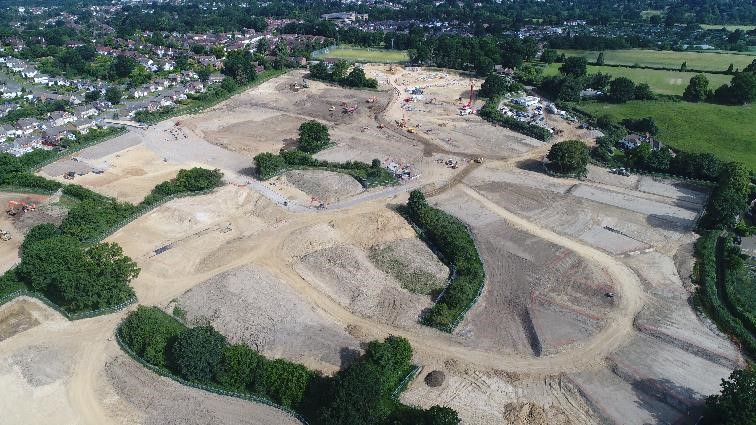 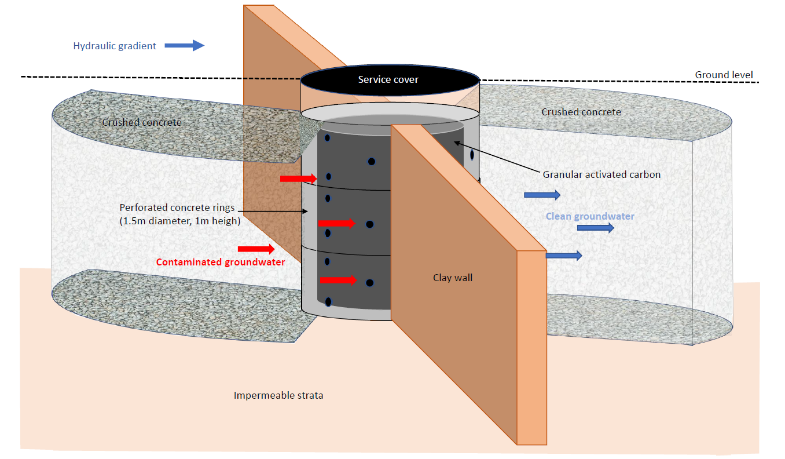 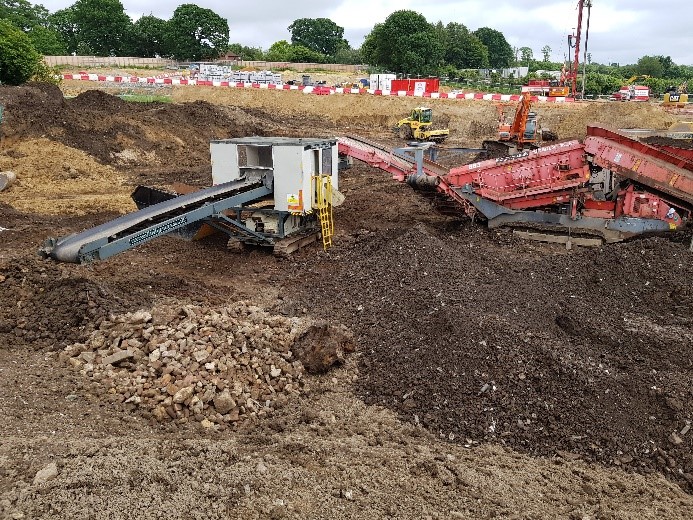