In the summer/autumn 2018, Cognition was awarded several smaller non-licenced asbestos jobs in South East of the country mainly involving screening and picking of cement bonded asbestos in soil.

In the summer/autumn 2018, Cognition was awarded several smaller non-licenced asbestos jobs in South East of the country mainly involving screening and picking of cement bonded asbestos in soil.

The site at Fox Hill, Haywards Heath has been redeveloped for residential housing with the housing in stage 1 being almost complete. Visible asbestos containing material (ACM) were present in shallow topsoil beneath the protected oak trees. The contaminated area of the site was partly redeveloped as a public open space and partly as an access road and a parking for the adjacent buildings with protected trees remaining as an important feature of the landscaping design. The contamination appeared to have originated from the demolition of a former agricultural building/store which used to stand in the area. The ACM fragments

The main elements of work included vegetation strip with handpicking of all visible ACM, excavation of top 200mm layer of made ground/topsoil, processing and screening of excavated materials and handpicking of ACM and disposal of processed soil and waste. The areas around the oak trees were processed manually protecting the tree roots and above ground branches which limited access for large machinery (excavator). All processed soil was removed off site and disposed along with the segregated ACM and general waste found during the processing.

Cognition has been appointed to carry out remediation works at Walsh Manor Farm, Crowborough. Previously a green field site with a historic filled pond in the middle was being redeveloped principally for residential housing. Since the pond has been filled, the area was also used for fly tipping of various construction and household material. Cognition’s scope of work included a removal and remediation of all visible fragments of cement bound asbestos from soils and to remediate/process the material used as fill in the area of a historic pond.

The work comprised of surface strip and excavation of the contaminated made ground and silty clay material with further processing (screening) to facilitate hand picking and removal of deleterious items such as metal, tires, wood and plastic. Once all the contaminated material has been removed and processed, the base of the excavation has been validated and backfilled. All processed material was left on impermeable plastic membrane and covered for future reuse on site or disposal. 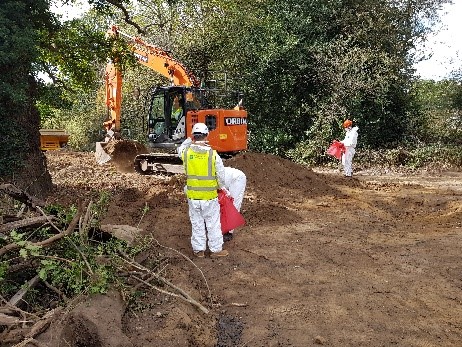 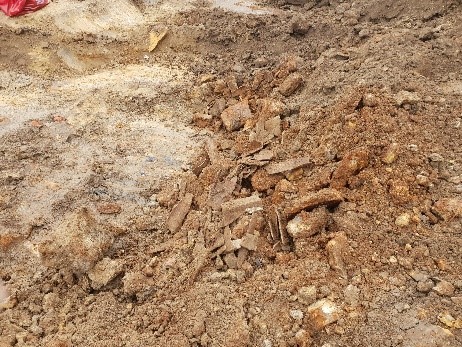 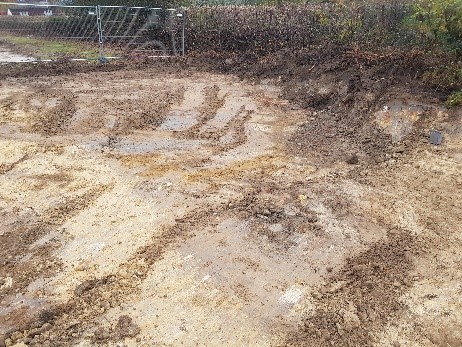 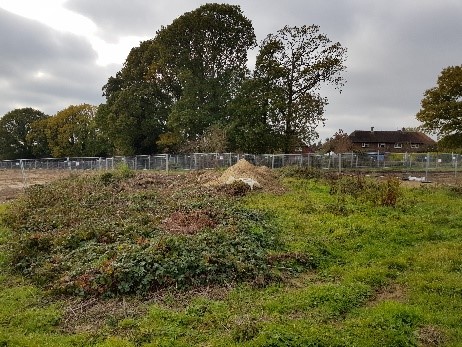