Cognition was appointed by Homes England to carry out demolition and remediation works at the former Marsh Mills China Clay works at Coypool in Plymouth.

Cognition was appointed by Homes England to carry out demolition and remediation works at the former Marsh Mills China Clay works at Coypool in Plymouth. The project; for Homes England, is one of the largest demolition projects in the South West and will result in the redevelopment of the site providing housing integrated with the local community surrounded by protected woodland.

The project was split into two phases which involved the removal of asbestos containing materials, demolition of 7 former industrial warehouse/factories, demolition of 17 associated outbuildings and offices along with the remediation of Naturally occurring radioactive material (NORM ) from former china clay production.

Many of the 30,000m2 of large derelict buildings were clad with asbestos containing materials (ACM) and in poor structural condition requiring careful dismantling and demolition to reduce risks to operatives and future users of site. More than 600 tonnes of ACM were removed and sent to landfill. All buildings were demolished to slab level and reprocessed where possible for future reuse on site or off-site recycling.

The processing of china clay began over a hundred years ago with operations ceasing at the site in 2008. A detailed site investigation by the client’s consultant Tibbalds CampbellReith JV identified several potential impacted areas of NORM contamination within Phase 2 that required remediation and assessment. NORM contamination linked with the former processing of china clay requires processing and remediation to reduce radioactive risks to future land users. Once the NORM contamination is remediated Cognition will revoke the environmental permit enabling the land to be used for future development subject to planning. 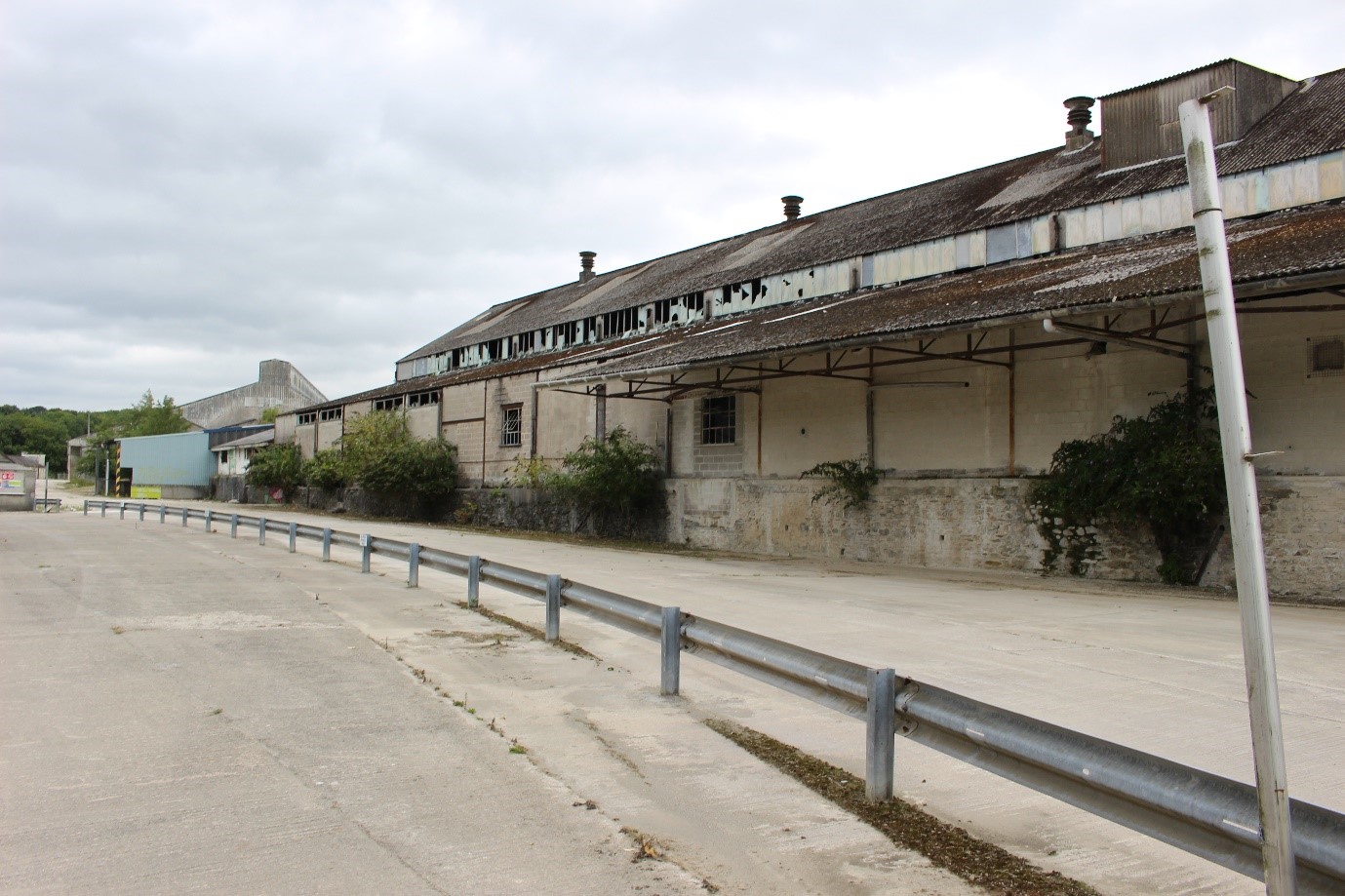